Six Ton Dog’s are joining us on stage Saturday rocking out with some amazing covers and Welsh folk songs!! 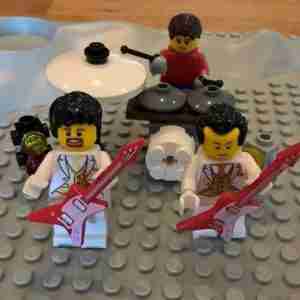 Dave and Kev met in high school and immediately became friends. They found that they were both interested in music and introduced each other to their respective musical influences; Status Quo and The Barron Knights.

During the next few years, Dave taught himself to play the piano and guitar, forming several school bands. Dave and Kev continued to be great friends and Kev even appeared on stage with Dave when the band realised that they had forgot to bring a microphone stand.

After high school, Dave went to University in Manchester, playing in several bands in the area and even playing the pubs of Hamburg for a year. After University, Dave and Kev met up again and Kev decided to learn the Bass guitar, and the two of them regularly met up at Dave’s house to drink beer, play top-trumps, blu-tack dinosaurs to the ceiling, and occasionally practice music. 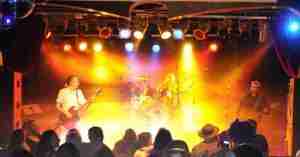 The band continued playing as a three-piece for the next few years, becoming “tighter” and increasing their catalogue of covers. In 2001 Nic Blandford of Anian and Pentennyn fame joined the band, after a drunken conversation with Dave, as additional guitarist and lead vocalist. Nic pushed the band further, helping them to believe in themselves more and gain the confidence they lacked.

After another drunken conversation in 2003, Dave invited Anne Stanley to join the band on keyboards. Anne, being trained at the Royal Northern College of Music, brought with her a sense of professionalism and superior drinking skills. Under Anne’s guidance, the band progressed from being a group of friends having fun making music, to feeling like real musicians, living the musician’s lifestyle; all night drinking sessions, vandalising hotel rooms and the infamous bath of beer. Anne also introduced the concept of having seven (drunken) AGMs a year; one for each dog year.

In 2004 Nic left the band to pursue his dream of playing Welsh Folk music, forming the Mold based four-piece Pentennyn.

A year later, Anne left on maternatity leave, and is still absent over a decade later, but is still planning to re-join one day.

Over the past few years, S.T.D. have gone from strength to strength, playing at numerous weddings and festivals as far afield as Belgium, but they still love to get back to roots and play around the local pubs.