We are pleased to announce JD will be joining us to open the festival on Saturday 25th September 2021!

‘JD’ (aka John Durham) first started singing & performing at the age of 4 back in 1974 and hasn’t stopped since. 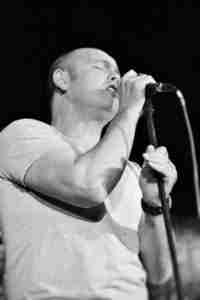 Frontman to a hugely popular local cover band ‘Out of the Blue’ from ’94-2010, performing to over 800 audiences across North Wales, Cheshire & Shropshire, JD turned solo in 2012 and has delighted audiences since, performing ‘Decades’ and various theme nights including Erasure, Stereophonics, Elvis, Bon Jovi and a very popular Rat Pack Night theme.

JD has performed alongside 90s band The Levellers, Peter Kay and trained in Acting at Theatr Clwyd, worked as a Radio Presenter for MFM/Marcher and Wxm FM, Wxm Maelor Radio…he also works as a coach and will be working on a local Music/Acting Project coming shortly to the area